Donated by the Deman family. 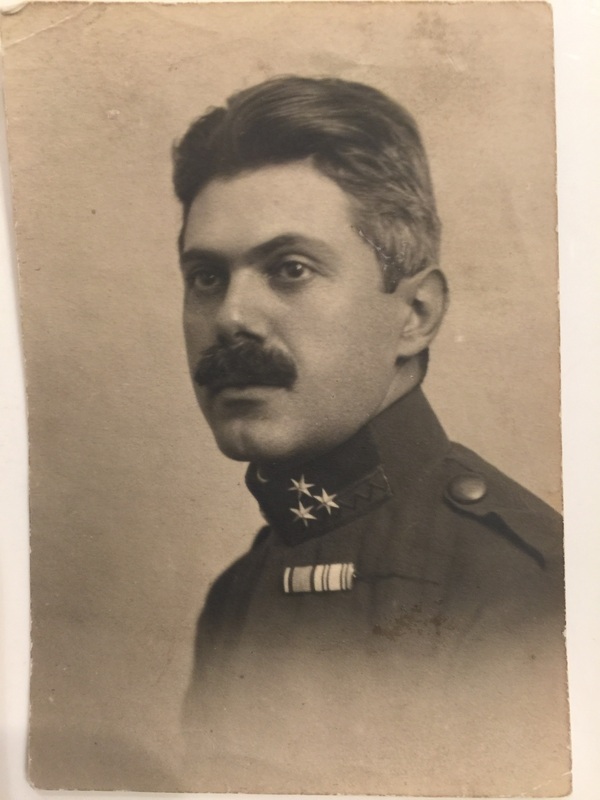 Rudolf Deman, circa 1915-1917 in the Austrian Military Uniform

Rudolf Deman (formerly Diamant) was an Austrian violinist. He was born on April 20, 1880, in Vienna, Austria-Hungary. After serving in the Austrian Army during the First World War, Deman became the concertmaster of the Berlin State Opera. In 1930, Deman married internationally known opera singer Frida Leider, after the end of his first marriage to actress Edith Ausfeld. When the Nazis took power in 1933, Deman was forced to give up public activity in Germany, as he was considered Jewish by the Nazis, though he was not practicing. Given that Deman was still an Austrian citizen, it was not until the German annexation of Austria in the March 1938 "Anschluss" and the November 1938 German-wide pogrom "Kristallnacht" that Deman took further action. He emigrated to Switzerland in 1938, where he was supported by Leider financially until 1943, when their marriage was officially dissolved by the Nazis. Deman survived the war in Swiss exile. He returned to Germany after the war, remarrying Leider in 1946. Deman died in Berlin in 1960, with Leider surviving him by 15 years.

This exhibit explores Rudolf Deman's life before, during, and after the Second World War. By using photographs graciously donated by the Deman family, alongside information and music blocks, this exhibit traces Deman's life and those closest to him including his wife, Frida Leider, and his son, Hans-Eduard Deman from his first marriage. Each section of this exhibit will include a piece of music related to Deman's life. Viewers are encouraged to play the music while they peruse the exhibit, as memory is more than just visual, but rather, is total and involves multiple senses.