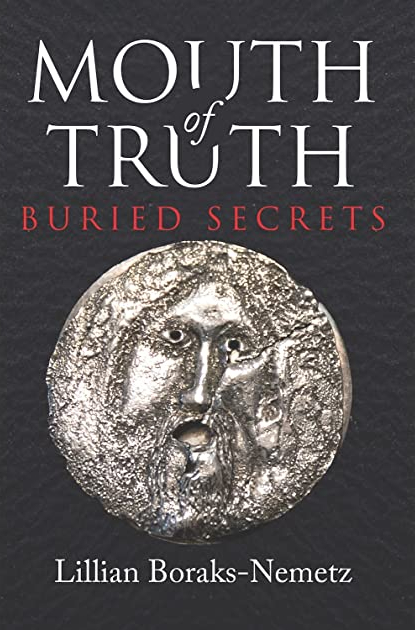 In 2018, Lillian published her historical fiction novel Mouth of Truth: Buried Secrets. Despite being autobiographical, Mouth of Truth is written from a third-person perspective that allowed Lillian to play a more objective role as an observer of her own life. By renaming her characters and introducing the pursuit of a medallion's history as a narrative device, Lillian provided readers with detailed insight into a period of her life beginning twenty years after her marriage. Faced with a loveless marriage, a fractured sense of self, and strained relationships with her mother and children, Lillian -- as a woman named Batya -- is forced to  confront her past as a child survivor of the Holocaust. The book covers Lillian’s research into her father’s past as a member of the Jewish Ghetto Police in the Warsaw Ghetto, exploration of the compartmentalized memories of her traumatic childhood, and difficult confrontations with family, friends, and herself about her past and how it affects her present.

Lillian’s approach was unapologetically honest as she discussed Batya’s struggle with alcohol abuse and suicidal ideation, struggle with sexual intimacy following years of sexual abuse, and her need to step away from her family in order to take care of her mental health and learn how to trust and love others. When discussing her novel’s reception, Lillian describes the responses to her work as being quite mixed. Many found Lillian’s prose insightful and lush with poeticism that effectively conveyed Batya’s internal chaos and struggle to gain a consolidated identity in a world of uncertainty. Other readers found it difficult to grapple with what they saw as Batya abandoning her obligation to her family as a wife and mother. By continuing to break the silence on the events of the Holocaust, the impacts of post-traumatic stress disorder, and the effects of intergenerational trauma, Lillian helps to encourage compassionate, community-based support systems to aid in collective healing that is essential for survivors and their children. 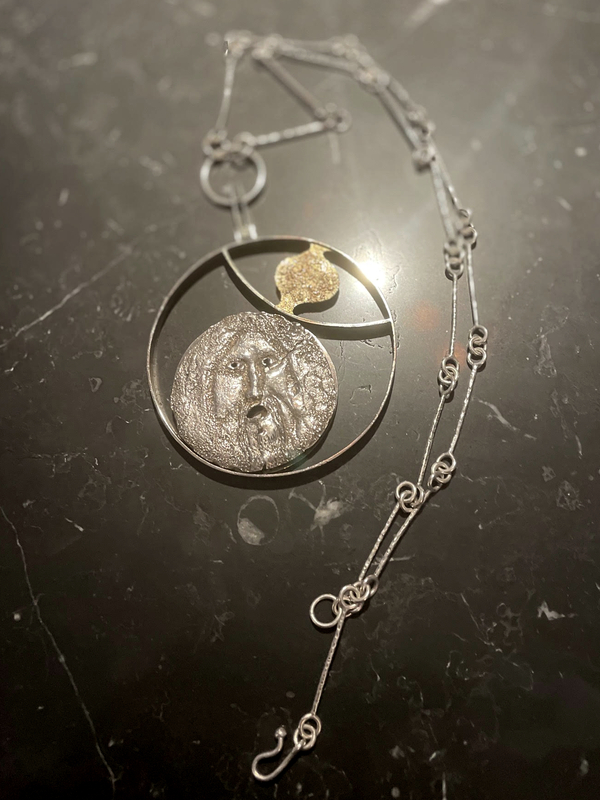 The medallion that worked as a narrative device in the memoir Mouth of Truth to guide Batya on her journey.

The two survivor personalities that Lillian developed as a child persisted into her adulthood where they were constantly at odds with one another. While one part of Lillian resembled the silent child hiding fearfully in corners, the other was a brazen entertainer, dragging Lillian headfirst into the present, refusing to acknowledge the past. This chaotic inner world spilled out into other parts of Lillian’s life impacting every role she played.

Upon discovering rumours about her father’s involvement with the ghetto police, Lillian was overwhelmed by the need to delve into her family’s past and confront what she had been told to ignore for all those years. Surrounded by strained relationships and receiving inadequate professional help, Lillian realized her journey of healing needed to be weathered alone. After doing her best to explain to her family what she herself still didn’t entirely understand yet, Lillian temporarily moved back to Eastern Canada.

Not long after graduating from high school, Lillian met Canadian-born Arnold Nemetz who was four years her senior. Although he seemed somewhat distant during their courtship, Lillian assumed this distance would dissolve as their relationship progressed. Not long before they were married, Lillian was introduced to -- and greatly appreciated -- his large family, which was so different from her own.

Following their marriage and the birth of their two children, Lillian discovered that this emotional rift between herself and her husband persisted. After two decades of marriage, their differences became irreconcilable. Incapable of understanding Lillian’s internal struggle with her past and her need for emotional support combined with her pursuit for a greater level of autonomy, it was decided that they should separate. As Lillian left for Eastern Canada and then Europe, Arnold’s life continued in Vancouver and their marriage officially ended after Lillian returned.

Although she considered her children two of her greatest accomplishments, Lillian felt she struggled to truly express her love for them, as if there was always something holding her back. She describes her first born, Steven, as a ray of sunshine who is wise, good-humoured, and compassionate. Her daughter, Francia, is introverted and artistic, often reminding Lillian of her younger self before the war.

She remembers her children as being caring and protective of one another, particularly as their parents' marriage gradually unraveled. During their early life, Lillian hadn’t shared very much of her past with them, making it difficult to understand why Lillian struggled the way that she did and this sometimes led to unpleasant confrontations that would go unresolved, causing them to drift further apart.

Click to hear Lillian discuss the Mouth of Truth medallion and her memoir of the same name.

Click to hear Lillian discuss the impact of antisemitism and Holocaust trauma on survivors, their children and subsequent generations. Interview conducted by Tammy Genesova. Video courtesy of Fortunoff Video Archive for Holocaust Testimonies.

Exacerbated by Lillian’s near obsessive research into her family’s past as well as her desire to begin her post-secondary education at the University of British Columbia against Arnold’s wishes -- which she began in 1965 --, Lillian and Arnold’s tenuous marriage collapsed and Lillian moved out on her own. This first step in her journey would quickly lead her to Eastern Canada where she would continue to follow her family’s past.

On her journey, Lillian discovers evidence of her father having been indicted in Polish and Israeli courts due to his involvement with the ghetto police. Listed as a Gestapo informer, he was charged alongside several others, however the case was dismissed shortly after Stanisław’s death without her father having a chance to defend himself.

As Lillian continued her investigation, it was brought to light that there had also been foul play from the couple who had housed Basia during the war. In addition to using Basia to extort Stanisław for ownership of the Boraks family’s properties in Warsaw, the former friend provided false testimony against Stanisław later in the war, supporting accusations of collaboration with the National Socialists.

Throughout her life of change and uncertainty, Lillian’s view of her father as the pinnacle of honesty and moral goodness was a constant to which she could hold fast. Deeply shaken by the news of both her sister and her father, Lillian was confronted next by a written testimony from Stanisław that had been kept secret until this point.

Stanisław’s testimony was that of a deeply affected man whose moral compass had been led astray by the persecution and depravity he had been subjected to. He recounts his desperate attempts to keep his family out of the deportation lines to Treblinka and, in exchange, was forced to help shepherd his fellow community members into the trains. Until his final days, Stanisław’s role in the Warsaw Ghetto haunted him, yet he was offered some solace knowing that Lillian and Wanda lived because of it.

Next section: Breaking the Silence