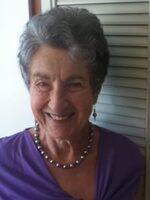 The creation of the exhibit was a collabertaive effort between Helen Waldstein Wilkes as well as myself, Ayers Mitchell.

Helen, author of Letters from the Lost as well as The Aging of Aquarius, grew up in Canada where her family had been able to immigrate and become farmers in 1939 to escape the Nazis. She went on to earn her doctorate in French Literature in the US and proceeded to teach in both Canada and the United States. Letters from the Lost was her first book, released in 2010. 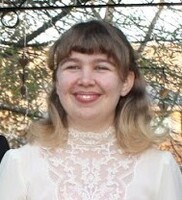 I (Ayers) am a first-year graduate student in the Holocaust Stream of the Germanic and Slavic Studies department at the University of Victoria and a native of Atlanta, Georgia, USA.  I earned a bachelor of arts in History from a small liberal arts women's college in near Atlanta and began working on Holocaust studies early during my time there. As an avid crafter working on crochet, knitting, sewing, cross-stitch, and more, the project's form arose from the intersection of my academic work and my extracurricular hobbies.